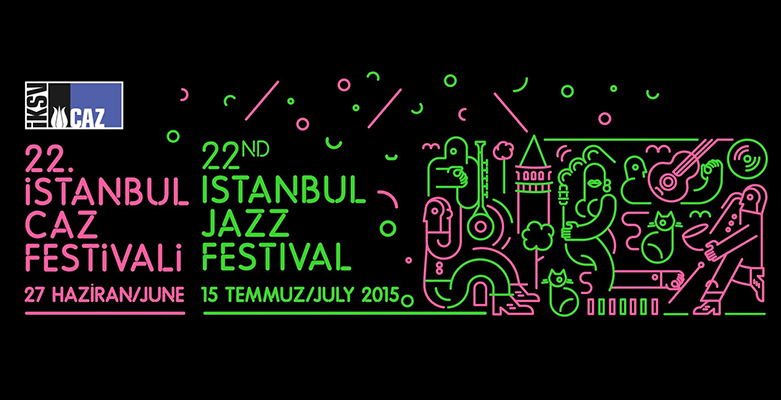 Istanbul’s cultural activities, both traditional and contemporary, is rich and varied, although not well publicized. Matching the city’s exploding youth population, there is a growing number of festivals, galleries, new music venues and film centers and, within the last decade, Turkish artists have begun to make an international impact. There are now a number of independent record companies in the city, releasing experimental works that combine Turkish traditional artists with contemporary groups and new venues where this new music is showcased. In particular, however, the Istanbul Foundation for Culture and Art, the Istanbul Kultur ve Sanat Vakfi (IKSV), puts on an impressive series of international festivals. The French Culture Centre, Istiklal Caddesi often has French film screenings, and dance performances.

Tickets can be hard to come by for the popular film and jazz festivals, so visitors should book well in advance for any events at existing concert venues, such as the Open Air Theatre (Acik Hava Tiyatrosu), at Taskisla Caddesi (street) in Harbiye district and the Ataturk Cultural Centre or Ataturk Kultur Merkezi, Taksim Square, Taksim. Tickets for most cultural events are also available at Biletix outlets, located at Ada bookshop on Istiklal Caddesi, Vakkorama, Migros supermarkets and Raksotek record stores and can be purchased online at www.biletix.com .

The private sector has helped take the load off Istanbul’s government-supported venues, by opening specialized arts events and private galleries, many of which can be seen on Istiklal Caddesi and the Taksim area. Among the most adventurous is the Borusan Center for Culture and Art, 421 Istiklal Caddesi ( Borusansanat.com ), which alternates ‘conceptual’ Turkish and international exhibitions, plus an enormous music library and concert space. The Aksanat Cultural Centre, Istiklal Caddesi, near Taksim Square (tel: (0212) 252 3500), offers recorded jazz and classical music on a large laser-disc screen, as well as painting and sculpture exhibitions and drama. The annual Contemporary Artist Istanbul Exhibition celebrates the work of young local artists, many of whom progress to being internationally renowned. Akbank Culture and Arts Centre, 14-19 Istiklal Caddesi ( www.akbanksanat.com  ).

Related pages of Time Out Istanbul and Hurriyet Daily News also have up to date listings of cultural events.

Click here for current gay events calendar and other cultural activities in Istanbul.

Pop Idols/Gay Icons
As everywhere there are several pop singers in Turkey who are especially supported/admired by gay community, or rather appealing to gay & lesbian taste. Although he neither accepts/nor refuses his homosexuality/bisexuality, Tarkan)   has been the most popular pop icon among gays as well as teenage girls, who is also known internationally. Ajda Pekkan, famous with her esthetic operations, has been among the gay-icons in Turkey for decades. Although they have no direct political discourse, her songs have been symbols of the modern face of Turkey and the freedom of women. Hande Yener is the pop star of the new generation, who was elected as the gay-icon on a poll organized by Turkish gay magazine KAOS GL. Although she is not a gay women, she performed concerts in gay clubs in Istanbul and finally joined Istanbul Gay Pride march in 2009, being the first of such popular figure publicly supporting gay and lesbian rights in Turkey. Other singers who are popular among Turkish LGBT community are Goksel,  Mabel Matiz and Gulsen

Classic Music
The most reliable guide to music events in the city is fly posters and banners along Istiklal Caddesi. The 900-seat Ataturk Cultural Centre or AKM at Taksim Square, is shared by the State Opera and Ballet, the State Theatre and the State Symphony Orchestra, as well as the Istanbul Festivals. The most stunning concert venue in the city is the Byzantine church of Hagia Eirene, in the grounds of the Topkapi Palace complex – now a museum and used by the IKSV during the Classical Music Festival in June. The most popular summer venue is the Open Air Theatre (Açik Hava Tiyatrosu), which hosts Jazz Festival events and other contemporary concerts. The indoor Cemal Resit Rey Concert Hall, Darulbedayi Caddesi, Conference Valley, Harbiye is another popular venue for concerts and exhibitions. The International Istanbul Music Festival, International Bosphorus Festival, International Istanbul Jazz Festival and Acik Hava Tiyatrosu Concerts are spread out throughout the summer.

Theatre
Plays by international and Turkish playwrights are frequently staged in Istanbul, many in smaller venues off Istiklal Caddesi, while the more commercial extravaganzas (such as during the Istanbul International Theatre Festival usually held in May) sometimes with digital subtitling in English. Although it is not outspoken, there are many gay actors known by the gay community in Turkish theater. There has been a variety of plays about or containing homosexuality in Turkish theaters. The most well known of these is Cilginlar Kulubu of Ali Poyrazoglu's theater group, which is actually a Turkish adaptation of La Cage aux Folles (Bird Cage), a 1973 French farce by Jean Poiret.

Films
In the last 30 years several Turkish movies with gay & lesbian concept has been produced and shown on movie theaters. Until recently, the most popular movie for Turkish gay community was Bagno Turco (aka Hamam / Steam) Although it is an Italian production, the director and majority of the cast are Turkish. In 2011 the movie called Zenne / Dancer has become the Brokeback Mountain of Turkey, by winning the best film prize in the most reputable film festival of Turkey- Golden Orange Antalya Film Festival. The film was inspired by a real life story of Turkish guy named Ahmet Yildiz, who got killed by his family after disclosing his homosexuality. Consequently, the motto of the film is "sometimes honestly can be fatal". The murder of Ahmet has also been covered in international media as well as "the first honor killing in Turkey (Click here an article about the murder in New York Times)

Foreign films, mostly from Hollywood, used to outnumber Turkish domestic output and generally shown in their original language with Turkish subtitles. Since early 2000's the number of spectators watching Turkish films exceeded Hollywood movies. Most of the city’s cinemas are in Istiklal Caddesi, in Beyoglu. Visitors should check the Hurriyet Daily News for listings or simply comb the streets. Mega cinema complexes are only found at huge shopping malls in the outer suburbs. Beyoglu cinemas also participate in the International Film Festival, usually taking place in April, and sometimes screen lesser-known international films, among which there are a number of gay and lesbian films almost every year. The film festival is a popular event for Turkish gay and lesbian community for this reason.

In general, Turkish films have made a recent impact on world cinema, especially Uzak (2002) and Hamam (1997), both filmed in Istanbul and winning several international awards. Uzak (film) details the ponderous tale of two cousins, photographer Mahmut, who has his style severely cramped with the arrival of his luckless, uncouth younger cousin Yusuf from his village, seeking work. Uc Maymun (Three Monkeys) is another film directed by Nuri Ceylan Bilge  who won the best director award in 2008 Cannes Film Festival. He also won best film award in same film festival in 2014 with Winter Sleep

Literature
Many books and novels about homosexuality has been published in Turkish, including translations from International publishing market. Majority of the local products are documentaries or research books. The serial books of Mehmet Murat Somer have been the best seller in short-novel category. In these serials the main character (also the story-teller) is a transvestite whose hobby is to solve murders in his/her neighborhood, although he/she is just a manager of a trans-club. The hero is an efficient hacker and most of the times she uses her computer knowledge to find the murderers. For an unknown reason the books of Mr. Somer has been less welcomed by the local gay community, than the general public. Some of Mehmet Somer's books have been translated into English by Serpent's Tail a British independent publishing firm founded in 1986 by Pete Ayrton, for those who are interested.

In 2012, nationwide famous female novelist Ayse Kulin published a novel about the difficult life of a gay men growing up in closet in a very conservative neighborhood. The book's title is Gizli Anlarin Yocusu ( G.A.Y, if abbreviated) which can be translated into English as "the traveler of secret moments". She express deep sorrow after the political gay group, Lambda Istanbul gave her local homophobia prize called hormonal tomato same year. Basic reasoning of the gay group was that she was writing about a subject she was not very familiar with, and causing homophobia even if not intentionally. She said she was very disappointed to be blamed as homophobic person on several occasions. Despite that she published another novel as the continuation of that book, later in the year.

Murathan Mungan is the most outspoken gay Turkish poet & writer, and he is well respected in literature world of Turkey. Many of his poems has been adopted as song lyrics, which are well-known all over Turkey. Click here for a great Turkish song from Yeni Turku, with lyrics of Murathan Mungan. Yet another out-of-closet gay Turkish poet as famous as Mungan is rather known by his nick name Kucuk Iskender (means Alexander the Little). Iskender is known for using explicit expressions of eroticism and profanity in his poetry, and consequently he has been targeted by a religious fanatic newspaper in late 2011. The number of people exceeding 1 Million who likes his Facebook Page might be a criteria about his popularity.

Excluding gay literature, Istanbul’s most famous contemporary writer is Orhan Pamuk, 2006 Nobel Prize winner in literature, whose books, White Castle (1985), Black Book (1990), The New Life (1994), My Name is Red (2001), and Snow (2003) have been translated worldwide. He also published a memoir/travelogue titled in English as Istanbul—Memories and the City. His work has sold over seven million books in more than fifty languages. Pamuk is being followed by younger writers, such as Latife Tekin, known for her magic realism in novels such as Tales from the Garbage Hills (1984), Swords of Ice (1989) and Signs of Love (1995).

Istanbul has also been inspiration to some internationally known writers. Agatha Christie’s Murder on the Orient Express (1934) was written when she stayed at the Pera Palas Hotel, in Istanbul. French novelist Pierre Loti has spent many years in Istanbul in late 19th century. He was known as a strong supporter of Turks although he has also been criticized as being an Orientalist by prominent figures of Turkish literature, including Nazim Hikmet . Pierre Loti is said to be involved in homosexual relationships and his novel Aziyade is claimed to be inspired from his love to a local man.