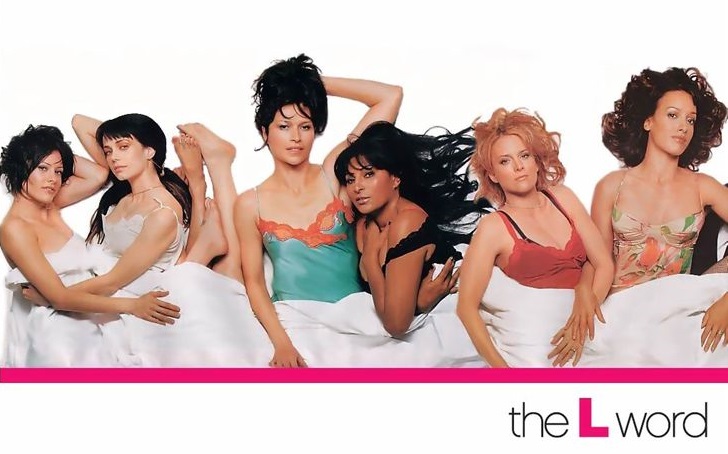 Turkish lesbian life has become very visible since early 2000's especially in Istanbul and several lesbian venues were opened in recent years. Before that lesbians used to be a very small minority in gay life of Istanbul. They had to go to some of the male gay bars because there were indeed very few lesbian women that could go out comfortably. In Turkey their parents do not allow the young, single women to go out on their own and stay up until morning hours traditionally. This was partially because of conservative family structure and partially because of security concerns. Whereas, this situation is just the opposite for gay men, as they could go out more easily thanks to the andocentric culture. There has been a significant change in this traditional family structure since early 90's.

As a result of the changing mentality, women in general including lesbians have more freedom than they used to have. Internet has also helped a lot for these positive changes and Turkish lesbian women are now more visible on the internet as well as night life. There are numerous local lesbian chat channels, dating and personals websites and groups uniting Turkish lesbians.


Bigudi Club (22:00 - 05:00)
Address:  Mis Sokak No: 5, Teras Kat, Taksim, Beyoglu  Istanbul
Web: Bigudi.html (Click for reviews, videos, pictures, party announcements and more)
Bigudi is the first ever exclusively lesbian venue opened in Turkey. The venue has been closed down, re-opened and changed location several times since it was first opened in December 2006. As of November 2018 Bigudi Club moved back to its former address on Mis Sokak, at the terrace floor of the building at No: 5.. Click here for more information


Former Lesbian Bars and Clubs:
Following venues may still be listed on some out-dated internet websites or printed guides. We are listing them so that you can be sure they do not exit anymore.

Gia Club - On October 15th 2019 Club Gia has announced on their Facebook page that they will close for a season, until an unknown time.
Rocinante Bar - Its became a male gay bar since mid 2010's. Still lesbian friendly (see below)
Catwalk Women Club - Closed in a very short time in 2013
SSS Women Club - Opened and closed down in 2012
Karantina - Closed down in 2010, short time after it was opened.


Gizli Bahce - 23:30 - 05:00 (Friday-Saturday)
Address: Nevizade Sokak No:15, Galatasaray, Beyoglu, Istanbul.
Web: Facebook.com/GizliBahce
Gizli Bahce is not a gay / lesbian place officially and it is not a place where you would see lesbians all the time. But it is still considered as a gay / lesbian friendly venue unofficially and it is quite likely to meet other lesbians there. It is also used as a meeting point by lesbians on special occasions. It is located on famous Nevizade street which is one of the most popular bar & restaurant street in Beyoglu; with tables placed outside along the street and full of people drinking, eating and chatting. Gizli Bahce also has few tables on the street but its main venue is upstairs and it also has a terrace facing the other side of the building, which is probably inspiration of the venue's name (which means Secret Garden).

Rocinante Bar (20:00- 02:00)
Address: Ogut Sokak, No:6, Kat 2 (2nd floor),   Beyoglu, Istanbul.
Web:  IstanbulGay/Rocinante
Rocinante was a gathering point for Turkish lesbians in mid 2000's. It was later turned into a mostly male gay bar but then closed down for about a year. It was re-opened as a gay bar in early 2017 and seems to be getting very popular in a short time. They offer live music and other modest shows on different days of the week. More busy around 22:00-01:00 a.m.

Love Club - 23:30 - 05:00 (Friday-Saturday)
Address: Cumhuriyet Caddesi No: 349 Harbiye Istanbul.
Web: IstanbulGay/Love
Love club is a LGBT club popular among trendy people. It has a fairly mixed clientele, and many women including lesbians can be seen there. It is open on Friday and Saturday nights. Saturday is the most busy night and there are some good shows usually. They are quiet demanding about the admission fee on Saturday nights. The tickets are around 10 $ with whicy you should get 1 local drink when you get inside. The entrance of the club is on a very narrow lane between two blocks of apartment, on the left hand side if you come from Taksim direction.

Super Fabric  (23:00 - 05:00)
Address: Cumhuriyet Caddesi No:42 Elmadag / Sisli, Istanbul, Turkey
Web: IstanbulGay/SuperFabric
Although it was opened in late October 2014, Super Fabric is not new to gay night clubbers living in Istanbul. It is located at some 10 minutes walking distance to the north of Taksim Square,across from Konak Hotel. Super Fabric is not open on some week-in days, hence it is advised to check out their Facebook posts to make sure when there are open.. The price, atmosphere and clientele of Love Club and Super Fabric are very similar, where you can also see few lesbian women.

Please click here for a complete list of gay bars and clubs in Istanbul:
Check out our Istanbul Gay Map for exact locations of all gay and lesbian venues in Istanbul

Turkish Lesbians on the Internet

Please note that there are dozens of websites and chat channels for Turkish lesbians but here we are only listing few of them which have English content.

Voltrans
Voltrans is a solidarity group trying to bring trans-lesbian group open to "everyone who are biologically women, but do not identify "herself" as women". You can get in touch by their Facebook page. Although most people do not speak English there, you can still take a chance.
Facebook.com / voltrans/

Lesbian Friendly Travel Agency
Istanbul gay com is a cooperation of Pride Travel which is owned and managed by a lesbian lady. They will be happy to help you organize your holiday plans in Istanbul and Turkey. You can visit their office just to say hello and have a cup of tea.
Turkey-gay-travel.com/

Average Rates: Single/Double 45-105 Euro depending on room type & season
We welcome our guests in the Citycenter. Take a three Minutes walk to the Taksim Square. From here you have access to the historic facilities, museums, shopping malls and and and. We are happy to help organizing your stay. With its 15 million inhabitants Istanbul also offers you possibilities..
Direct Reservation >>

You can see a complete list of Istanbul hotels and make online booking via Booking Com. You can list hotels in order of price, staring and recommendation. Real time guest ratings also will be very helpful when choose your hotel according to your needs.
Click here for Istanbul Hotels >>

We will be posting important lesbian events and activities in Istanbul under this section. You can also participate by starting a discussion, asking questions or by writing replies to other commentators' posts..